The World Youth Day (WYD) Lisbon 2023, a youth meeting with people from all over the world with the Pope, will take place from August 01-06, 2023. The date is announced this Monday, October 4th, and it’s one of the most significant moments of the event preparation.

“It’s with an immense joy that we reveal that the World Youth Day Lisbon 2023 will take place from 1 to 6 of August 2023. The announcement of WYD date, on St. Francis of Assisi day, is a very important moment for all of us. The youth from all over the world was looking forward to know the WYD Lisbon 2023 date to prepare their arrival to Lisbon with more details. We hope that the 22 months that will lead us to WYD might be a time of evangelization for all”, D. Manuel Clemente, Cardinal-Patriarch of Lisbon, states.

During last year, the highest moments of this preparation were the releasement of WYD official image, that took place in October 2020; the reception of the WYD symbols, which happened in November 2020 in Rome, during a celebration with Pope Francis; and the revelation of the WYD official theme song, in January 2021.

An event that crosses the world

The World Youth Day (WYD) was instituted by John Paul II, in 1985, and from that moment on it has been understood as a moment of gathering and sharing for millions of people around the world.

It was on the 27th January 2019, during the World Youth Day in Panamá, that Cardinal Kevin Farrell, prefect of the Dicastery for Laity, Family and Life of the Holy See, announced that Lisbon would be the following city to welcome the event. Firstly scheduled to the summer of 2022, WYD Lisbon 2023 was postponed for a year because of COVID-19 pandemic. 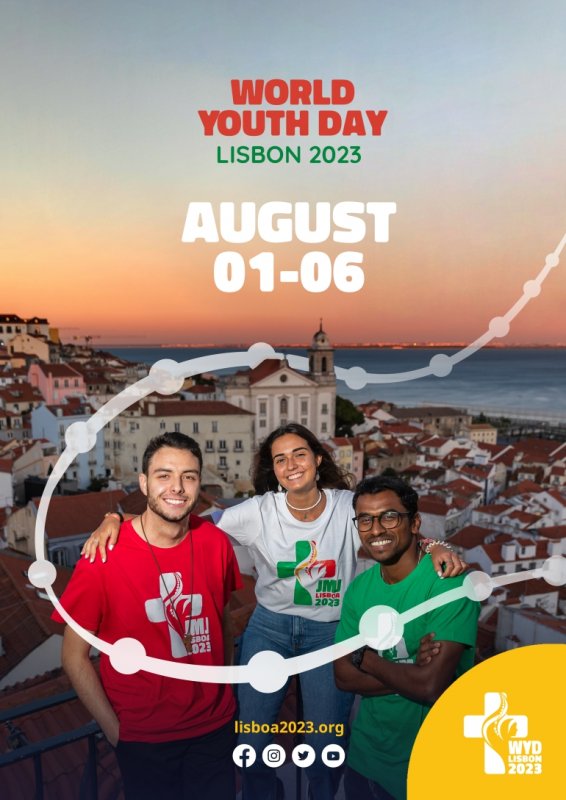