Discovering the religious heritage of the Grand-Duchy of Luxembourg

The Benedictine Abbey of Clervaux

The separation of the Church and the State at the beginning of the twentieth century in France obliged the monks of Glanfeuil to leave their monastery on the banks of the Loire. After a stay in Baronville in Belgium, they settled in Clervaux. In 1909-1910, the abbey buildings were erected in Neo-Roman style according to the plans of the architect J. Klomp (1865-1946). The bell tower, 66 meters high, is inspired by the Tower of the Holy Water of the abbey church of Cluny in Burgundy. In 1941, the Benedictines were expelled by the Nazis, the monastery was transformed into a residence for the Hitler Youth. Everything that recalled the Christian character of the edifice had to disappear. From 1946 to 1951, the monks restored the buildings. 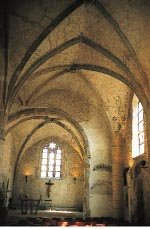 The ancient St. Lawrence church was the first parish church of the city of Diekirch. The construction of the first elements dates from the Merovingian era. It is one of the oldest places of worship in the Grand Duchy.

The church of St. Martin of Dudelange was built between 1894 and 1900. It is one of the most important Neo-Gothic buildings in the country. The murals, which are of great iconographic richness, were recently restored and are the work of the Benedictine artist N. Becker from Maria-Laach.

The church of Rindschleiden is dedicated to St. Willibrord. It dates from its current architecture back to 1437 and contains a set of frescoes from the 15th and 16th centuries.

Chapel of Our Lady of the Salutary Source of Hachiville

The Chapel of Our Lady of the Salutary Source of Hachiville has been a place of pilgrimage for several centuries. In the chapel there was a valuable wooden altarpiece sculpted in 1544. This altarpiece is now in the parish church of Hachiville.

Way of the Cross of Grevenmacher 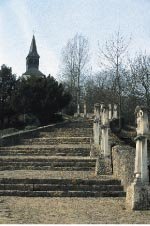 The Way of the Cross of Grevenmacher, carved in limestone, leads to a small chapel located up in the vineyards along the Moselle. The statues date back to 1956. 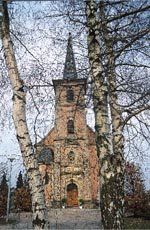 The church of St. Michael in Mondorf-les-Bains, built between 1764 and 1766, is one of the most beautiful baroque buildings in Luxembourg. 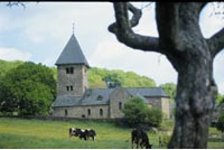 The Girsterklaus is an ancient hermitage, one of the oldest places of Marian pilgrimage in the country. The church is dominated by a tower dating from the High Middle Ages.